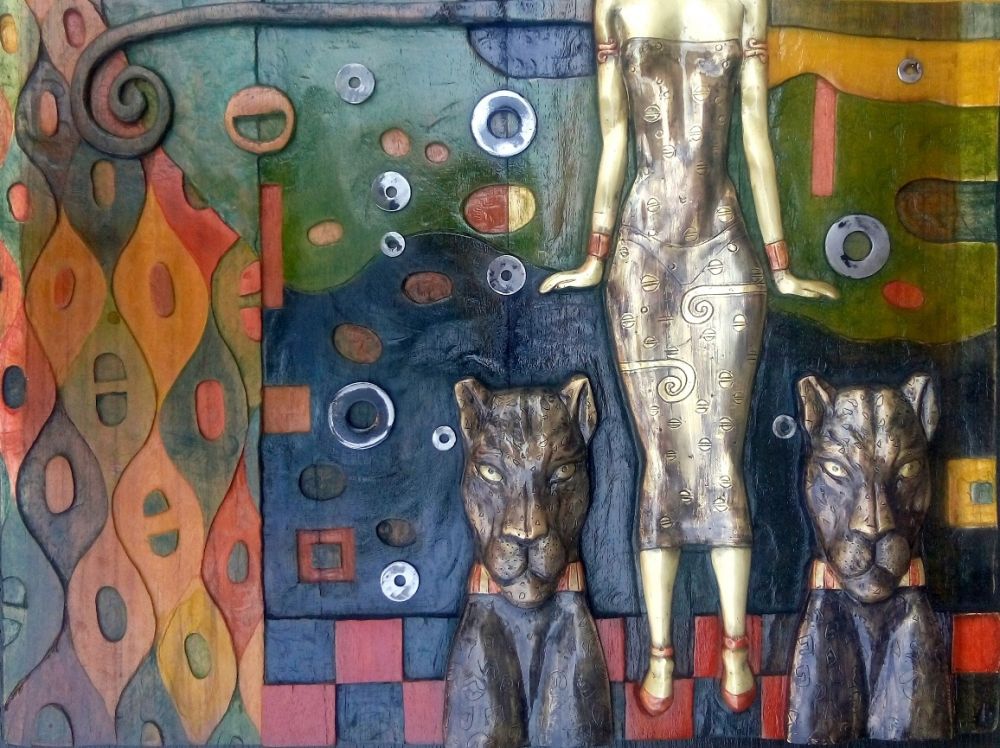 We humans, as part of a natural habitat, have coexisted with animals in harmony. This human-animal relationship is narrated throughout history recorded in age-old scriptures by saints and illustrated in cave carvings of our ancestors. They depicted animals in human lives, as either a predator or as a prey; as divine or as a curse or as simply coexisting with humans, an accepted collective tribal ideology. Evolved over a period, today’s man is no longer necessarily accepting of the tribe culture of coexistence and has risen to an 'individualistic perspective, leading to a love-hate relationship with animals.

This evolving contemporary relationship between humans and animals have been captured by artists through out history. Animals are represented in the form of religious beings, or to make a political statement, or as self-proclaimed resemblance of oneself, or assumes a right to livelihood, or exploited to amass wealth, or indulged as a gourmet dinner.

In a quest to bring together these different perspectives of animal and human relationship, we present BALANCE. This exhibition showcases artworks from seven artists depicting the relationship in their visceral perspectives and styles.